Sumerian Skirmishers and a Raging River 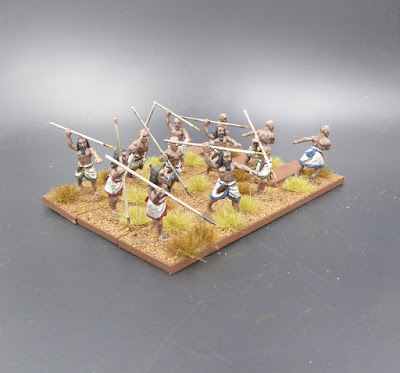 In a change of pace from mustering out SYW French cavalry, a dozen Sumerian interlopers crash the painting queue to mix things up.  Actually, after painting a number of French cavalry regiments, I was ready to tackle something different. 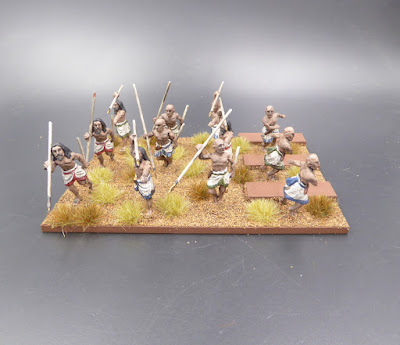 To keep painting interest, well, interesting, twelve Wargames Foundry Sumerian javelin-wielding skirmishers push their way into the production line.  I still have another dozen javelinmen to paint and field but first, painting returns to more SYW French cavalry.  French mounted staff command stands are in work too.  After the command elements are finished, I think it time to put my small French army out on maneuvers.

As mentioned in recent posts, Spokane has seen unseasonably wet and cool weather.  Rivers are high with some at flood stage.  Given these conditions and under heavy skies, Nancy and I strolled around downtown to assess the falls and the volume of water passing through the gorge.

The photos show that a raging torrent of water races through the center of the city.  Out on the bike Monday morning (yes, I did get a bit wet), I saw many areas of the river at flood stage as I rode upriver to the east.  Having lived in Spokane for more than 25 years, rarely have I seen the river this high with so much water passing over the falls.

Later this morning, the third refight of Battle of San Martino gets underway.  Hopefully, I can produce a fun and interesting game for the participants.