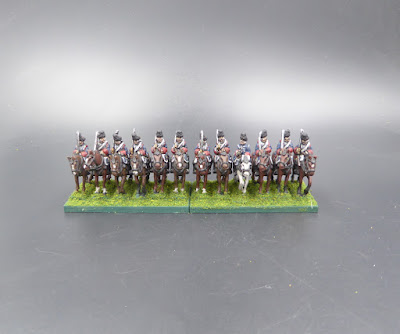 The 2022 plan to muster out enough French SYW figures to field a small French army is in the Home Stretch.  Having 17 infantry and 6 artillery BMUs finished, the latest push has been focused on painting 7 cavalry BMUs.  Why seven cavalry units?  Well, having fought Bassignana in a PBeM game some time ago, I figured this battle would offer up an immediate goal with which to set the bar. 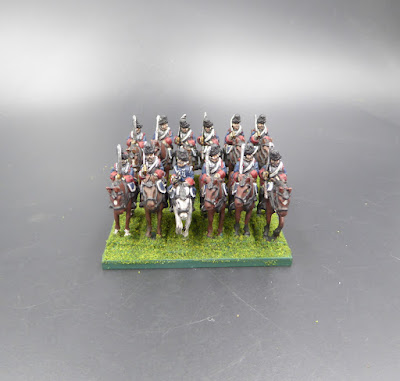 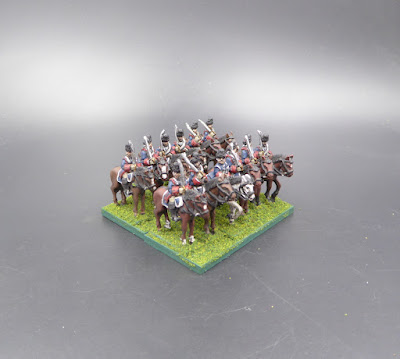 Will the French be ready to take the field after cavalry #7 trots out from barracks?  Not quite.  My fledging French army requires some command elements.  Command elements will be coming along shortly.  Then, it may be time for a game.

The WAS Battle of Bassignana looks interesting and I lean towards having that as the French debut.  Once ready, I may begin the trawling for remote players wanting to take up the challenges of this interesting battle.  Rules of Engagement will be Honours of War.

Posted by Jonathan Freitag at 3:33 PM