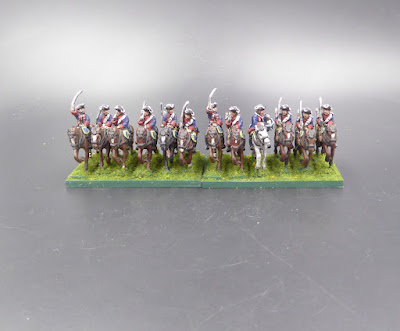 As mentioned in the prior post, a Eureka restock was expected on Saturday.  Like clockwork, the order arrived on Saturday.  Rob, of Eureka Miniatures USA, always delivers exemplary service.  This order was no exception.  Ordered on Thursday, my order traveled the breadth of the country to reach me on Saturday.  Great service.  My only complaint is that the figures I want are often either out of stock or not present in the quantities needed.  Oh, well.  I received enough to fill out a few more units.  I do not help my own cause when I make an error in the ordering process and order dragoon command rather than cavalry command. 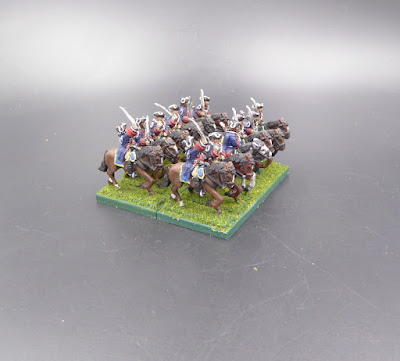 With some free time on Sunday, work continues on more SYW French cavalry.  My immediate goal is to field seven cavalry BMUs for a planned WAS battle.  Having three checked off in the ledger, four more to complete before thoughts can return to another Honors of War scenario and battle.

Besides, the handfuls of French cavalry, two dozen Sumerian skirmishers are seeing some attention at the workbench.  After these 24 Sumerians muster out, it may be time to consider fielding these armies for battle.  If not in battle, perhaps, a parade at least.