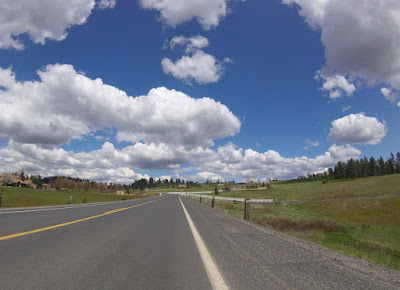 Weather finally warmed-up and dried-out enough to get back outside on the bike yesterday.  After spending most of April and May indoors on the trainer, unhooking the bike from the indoor torture device was a welcome task. 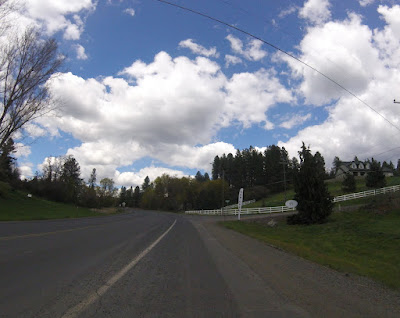 Wednesday's route took me 40 miles over hill and dale to the south of Spokane.  Wind was light to moderate and temperatures were cool especially under the ever-present cloud cover.  Elevation gained over the route totaled about 2,500 ft. 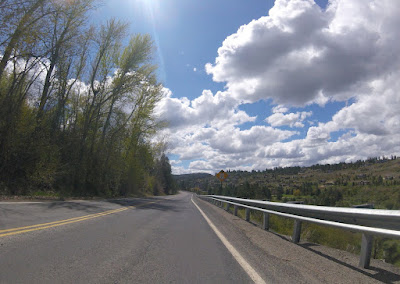 With weather expected to see more of the same today, I plan to be out and back before the possibility of afternoon showers returns. 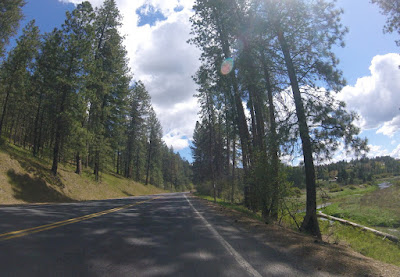 On the gaming front, the Tuesday remote game saw a return to the Russian Civil War and Graham's playtesting.  The focus of Tuesday's game was appearance of an armored train.  Being White commander in this clash, I would be faced with dealing with such a monster.

It was a bloody affair.  The battle was salvaged by a fortuitous White bombing run against the train.  The pilots hit their mark causing the train to withdraw.  Full battle account at Graham's blog,

The game generated some good post-game commentary discussing the finer points of armored trains and how to deal with them.  Rules' details will be forthcoming from Graham's keyboard soon.
For Saturday, a second game is on the docket.
Saturday's game sees a return to the Alamo in what is becoming an annual event to celebrate Kevin's birthday.
The game is played using WoFun plexiglass 18mm figures on a gridded board.  Rules in use are a variation of Commands & Colors.  Last year, I recall that the attacking Mexicans wiped out the Texican defenders and the birthday boy fell in defeat.  Will the historical result hold up on Saturday?
The result does not matter much.  We will enjoy good company, BBQ, and birthday cake.  What could be a better way to spend a Saturday?
Posted by Jonathan Freitag at 8:39 AM