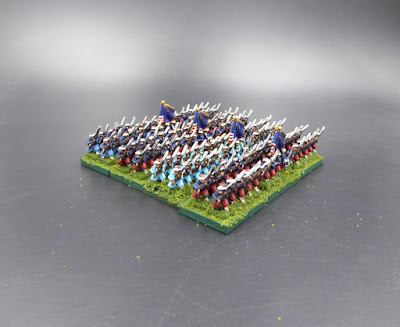 Painting productivity has slipped precipitously of late.  With good cycling weather and increased gaming opportunities, time spent at the painting desk has all but evaporated.  Just like rainfall out west, painting output in June experienced an especially bad drought.  What is the equivalent of climate change when focus shifts from painting to gaming?  Perhaps this too will be cyclical?
Anyway, off the painting desk are a bunch of 10mm Zouaves for the ACW project. Four regiments to be precise each having 30 figures.  With these regiments mustering out, I pushed five, equivalently-sized regiments of Federal infantry into the painting queue.  As mentioned in an earlier post, I purchased a half-dozen bags of infantry to bring some understrength regiments up to full muster.  More than 500 figures from this tranche remain to be painted.  Figures are Old Glory. 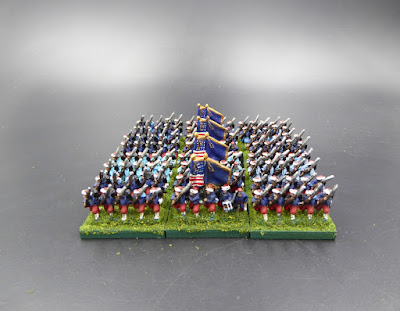 While I am uncertain if painting productivity will increase significantly in July, I am making an attempt.  On the workbench are two stands of Sumerians and the start of Battle #4 for my young WotR project.  With a fourth Battle on the books, I might even consider running Richard's WotR rules for a remote game.  This would allow Richard a chance to play his own game.  I bet I could learn a lot from watching the author play his own rules.  If the ACW infantry, Sumerians, and WotR units can march off the table by month's ends, I will call it a success. 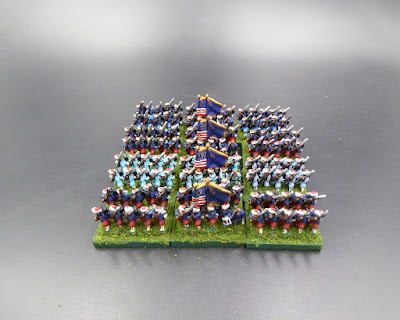 On the gaming front, last week's Tuesday remote game saw a return to the Mexican-American War in 15mm.  The Americans were victorious in a hard-fought battle.  Details of the action can be found at: Yet More Mexican Action.
Saturday saw a return to F2F gaming with another local compadre as we fought a WWII armored battle on the Eastern Front.  Rules in use were Combat HQ. 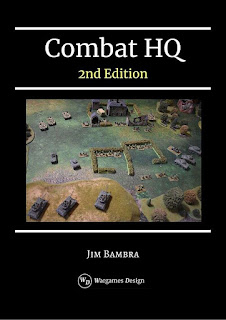 Combat HQ is a set of rules to which I was not familiar (or even heard about) before Saturday's action.  With me in command of the Soviet armor, I am sorry to report that my forces were overpowered by the German counterparts.  Maybe I will have a better grasp of the rules and game mechanisms before I am called up into battle again. Still, great to see some longtime gaming friends for the first time in more two years.
For this week's Tuesday remote game, I will make a second attempt at hosting.  Scheduled for the session is the Battle of Montgomery.  Will history repeat itself?  We will see.
Posted by Jonathan Freitag at 6:12 PM