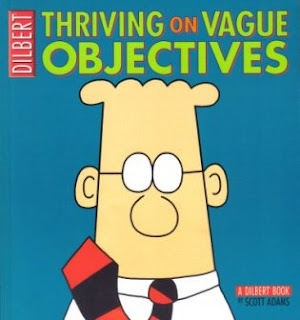 Aaron, author of the fine wargaming blog, Here's No Great Matter, recently ruminated on the topic of when enough is enough when working down The Lead Pile (my term, not Aaron's).  Perhaps, I should name my unpainted lead behemoth in the basement something a bit more visual like "Godzilla?"  "Behemoth in the Basement" is not bad either.  Yeah, that would likely conjure up an image of the monster I face.

Back to Aaron and his thoughts on project management...

Aaron wonders out loud at what point he would be satisfied with his accrued painted armies.  When can one, with confidence and satisfaction, put down the paint brush and rest on one's laurels?  Aaron then proceeds to lay out an interesting and relatively long list of projects.  If finished, he would attain his desired, painting liberation.  Of course, a couple of additional Wish List projects are amended onto this list for good measure!  Aaron's prognosis is that he is about a third of the way to recovery to rid himself of this affliction.  Given his current state on the march towards nirvana, Aaron asks his readers where they fall along this (sometimes) forced march on the road to project completion.  Good question, Aaron!

Aaron provides an interesting blog with a good mix of wargaming (with figures and hex/counter), painting, and a steady flow of thought provoking commentary.  Focus is decidedly towards the Ancients end of the historical wargaming spectrum.  Solo and Face-to-Face gaming appear in seemingly equal proportions.

Nathan, over at Natholeon's Empires, quickly picked up the gauntlet laid down by Aaron and posited a challenge to his readers.  His challenge is,


You make a Project Management blogpost which includes a list of projects you have / are working on / one day realistically intend to be working on. In the post you link back to the blog of the person that you got this idea from, like I have with Prufrock, and these instructions. That way we might get a chain effect of people discovering new blogs that they hadn't been following before. Or maybe just a bit of community bonding like the 'good old days'.

Nathan quickly came up with a list of about twenty projects that he has either finished, in progress, or some day hoping to build.  Long list of projects, Nathan!  Nathan has a penchant for gaming in 15mm using a wide variety of eras.  All played out in a reasonable size and scope.  His 19th Century and GNW projects are among my favorites to follow and always a treat to see in action on his gaming table.  We share a fondness for Lancashire Games' figures so he must be a good bloke!

Peter, of Grid Based Wargaming, But Not Always, provides a glimpse of his project plans.  Peter's project list includes a definite Old School feel with Hinchliffe, Spencer, Smith, Airfix, and Minifigs making up the building blocks to new or refurbished projects.  Peter always has interesting rules ideas for gaming  on a grid using his Old School figures.  The reader is placed as co-pilot to observe rules development, playtesting, and refinements.  As a participant in the 6x6 Challenge, a new BatRep is never far off.  Great stuff!

Throwing his productivity hat into the ring, is Mark, author of 1866 And All That.  Mark offers up a list of projects to be completed within the next year-and-a-half that boggles this mind.  A more aggressive long range plan is not likely seen.  If anyone can tackle his plans with success, it is Mark; one of the most prolific painters I know.  Mark is a master craftsman turning out little architectural works of art too.  Oh, if I possessed his talent.  Mark's blog also has a steady stream of fine painted 28mm figures and visually exciting BatReps.

Finally, we move on to my own project plans for the remainder of 2017 and perhaps a bit beyond.  To review where action at the painting table has concentrated in 2017, below are two graphics broken out by ERA and SCALE.

First up is the distribution of painting points by scale.  Not much variation here. Fully 89% of my painting effort thus far has been focused on churning out lead for the 25/28mm projects.  The "Pacman" graph is uninteresting. 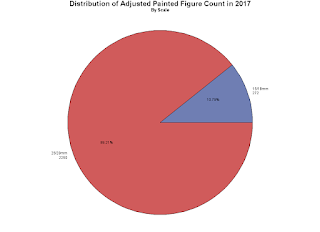 I really dislike the "25/28" designation.  Perhaps only the projects using Old School figures should maintain the "25mm" while all of the more modern figures should be classified as "28mm?"  Same holds for "15/18mm."  What is a fella to do?

A more interesting graphic slices the painting pie by ERA.  The pie is dominated by the recently started 25mm Biblical project.  Wait!  Should that be "28mm Biblical project?"  Are Foundry figures 25mm or 28mm?  Some ranges are 25mm; some are 28mm.  See I am in classification hell already. 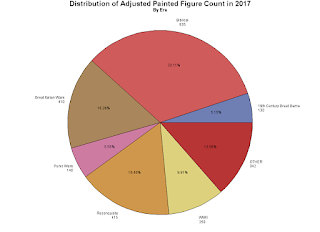 The Top Three efforts for 2017 through August in order are:
What will the remainder of 2017 hold at the painting desk?

For 28mm, a few more units of Assyrians are planned before I claim a game-ready army.  Also a new basing scheme for Assyrian chariots requires a refitting of eight chariots and the addition of at least twenty-four "runners."  More Assyrians will likely pop into the painting queue while the iron is still hot.

After that, I plan to work-in a few more units for the 28mm Reconquista project.  Having not painted any 28mm Napoleonics for a very long time (painting log shows the last unit mustered out was in May 2016), I would enjoy seeing a unit for the Peninsular War project hit the painting queue.  What will I pick?  Unknown now but I recall the Allies falling behind the French in the arms race.  Enough figures for a cavalry regiment for the long finished ECW project waits patiently for attention from a recent, Empress Miniatures' order.  That would be fun to see these horsemen on the table (or at least in the storage box).  Could the Punic Wars project use a unit or two?  Of course!

With such a preponderance of 28mm figures seeing action on the painting desk thus far, moving down to 15/18mm projects is a reasonable direction to head.  Along those lines of effort, adding more units to the 1799 Suvorov and 1859 Italy projects remain high on my list.  A unit or two of Ashigaru spear for the Samurai Battles project would be useful too.  Any new projects on the horizon?  I am hesitant to look.

The hobby is not all about painting any more either.  More games have been seen on my gaming table in 2017 than in many years.  Averaging one game per month is a reasonable goal and I am ahead of that schedule.  With a recent foray into 1/72 WWI aerial combat after more than a decades' long hiatus, I envision both modeling and gaming in that space.  Games I would really enjoy moving out onto the gaming table in the final months of 2017?  Great Italian Wars and Reconquista would top that list.  My Great Italian Wars collection awaits its first test in battle.  I look forward to the day these colorful troops deploy on the battlefield.  A return to the Peninsular War would be most welcome too.  Perhaps working in a few generic scenarios from Grant or Thomas would work?  With the success of recent Honours of War games, a return to the SYW battlefield is in mind as well.  Certainly, enough gaming fodder to take me through the remainder of 2017.  Mine is a target rich environment.

Progress continues on codifying and refining various rules I have in work.  Perhaps, several are to the point of moving beyond "everything on a QRS or in my head" stage?  Of course, I continue giving other rules a workout on the game table and imagine a few more games of Norm Smith's Two Flags-One Nation (see Norm's Battlefields and Warriors blog) before year-end.

To address Aaron's original question posed at the top of this post, I find painting and the reward of seeing yet another unit march off the painting desk too enjoyable to put my brush down any time soon.

Well, this exercise turned into much more than originally conceived but scope creep is often a necessary evil in project planning.
Posted by Jonathan Freitag at 12:00 AM