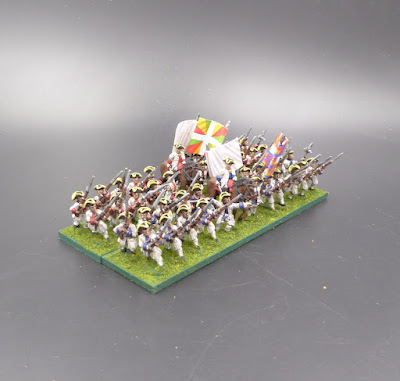 Wargaming activities of late seem to be ensconced in the SYW.

This week witnessed three gaming sessions refighting the Battle of Mollwitz with two different opponents, a little painting, and a book order arrival.

On the painting front, two more French regiments of infantry muster out to join their brethren in the growing French army.  Out from the painting desk are Regiments Limousin and Aquitaine.  Figures are 15mm Old Glory with Eureka mounted officers and flags from Not By Appointment.  These latest additions bring the French army up to a strength of 18 infantry regiments.  I really need to turn attention to fielding some guns and horse.  Both are seeing progression through the painting queue.

On the gaming front, two Battles of Mollwitz are in the Battle Logbook. The anniversary game on Sunday has been chronicled (see Mollwitz, A Battle Report). Game #2 finished up on Friday afternoon. Once I gather all of the artifacts, expect a battle report on this action as well.

Finally, the library sees three new arrivals all on the SYW. Helion recently offered up a 3-for-2 sale and I nibbled. The books in this order are: 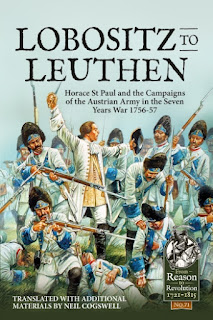 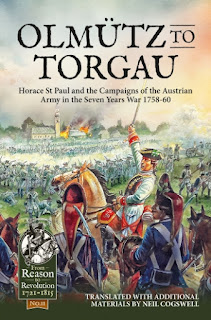 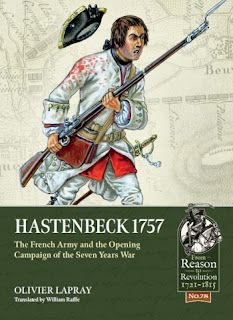 They all look to be handy reference books.  Let us hope they are!

Not on the SYW theme, this week also saw a remote game recreating the Hundred Years War Battle of Cravant.

I would like to draft a Battle Report from this interesting action but with games coming fast and furious, I often fall behind.  Sometimes, way behind.