Back to Ancient Sumeria 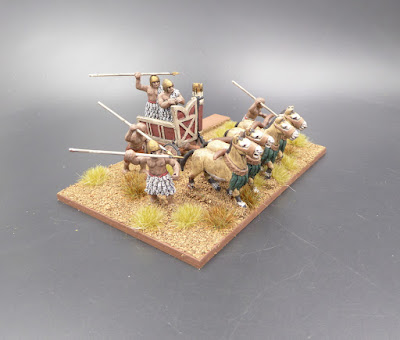 After a steady diet of gaming and painting SYW units over the last thirty days, the workbench finally sees an additional Sumerian battle cart move out.  One more of these large, weighty beasts is slowly working its way through the production line to bring the total battle cart count up to five. After that, I dig into The Lead Pile to rediscover the three more that I believe are stashed away somewhere.  Figures are 28mm Newline Designs. 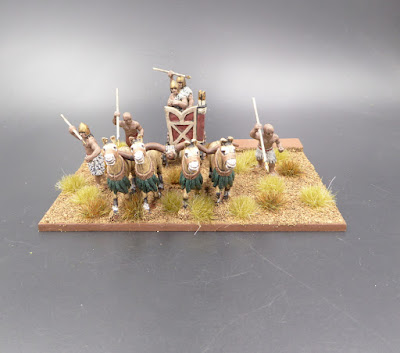 Having four gaming sessions last week, I figured I could use a slight break on the gaming front.

This week saw one game with the regular Tuesday gaming group.  On Sunday, Matt hosts another contest in our long-running AWI Rebels & Patriots campaign.

Tuesday's action saw a return to the Russian Civil War in a playtest as Graham works on developing his new rules.  The scenario featured a meeting engagement between two mainly cavalry forces.  As White CiC, I led an unruly lot.  Getting subordinates to carry out orders was almost by chance.  The game ended in a near MAD outcome.  Few were left standing.

For today, I expect a solid painting session sandwiched between other tasks. On the workbench are more SYW French and Sumerians. Let's see how those plans work out.
Posted by Jonathan Freitag at 6:53 AM