The Last of the Renegades 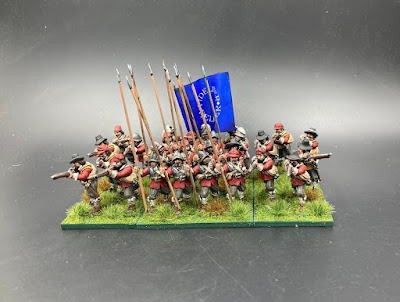 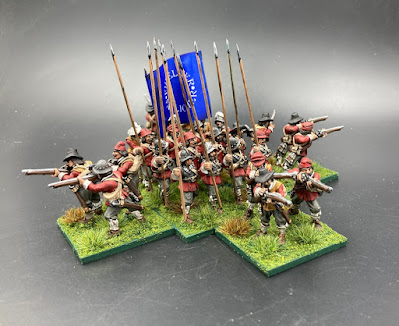 Having always been drawn to the blue field with encircling motto of the Charles Fairfax banner, I figured this would be a handsome assignment for the out of production Renegade ECW figures remaining in inventory.  As I put this post together, Ross' post on having the discipline to not bite off more than one can paint (see: Back to the Brushes 307) reminds me that buying more than one really, really needs can pay dividends. 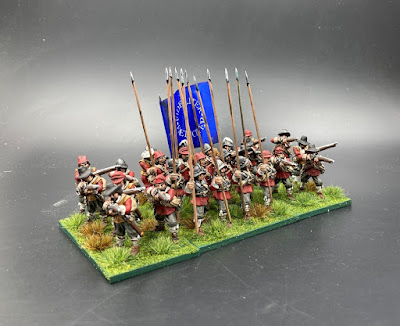 Several years ago, Renegade Miniatures, originally went out of production temporarily but then returned back into production.  When back in production, stocking up seemed prudent.  It turned out to be a sound decision when figure production again went dormant quickly thereafter and has yet to resurface.  Some times, the "buy everything at once" school of thought is the right one.  There are a few ranges of figures, I sure do miss.
On a less somber note, later today sees a F2F game of Zama using Commands & Colors: Ancients.  I will be fielding my 6mm Punic Wars collection in place of the blocks.  One question is, do I deploy the standard scenario as given in the scenario book, 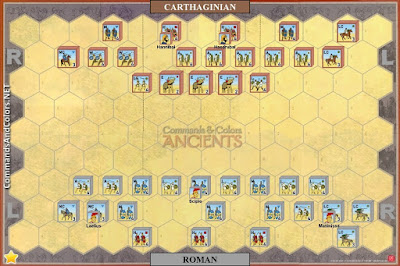 or the deluxe scenario as provided on the website? 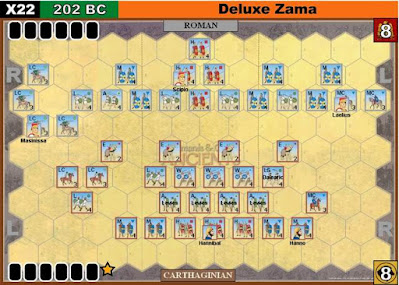