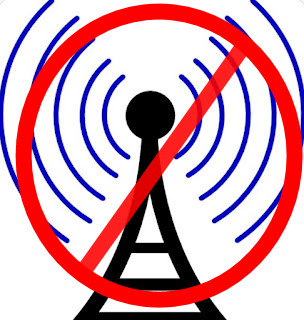 No, not for the Palouse Wargaming Journal.  Still much to chronicle on this front.

We have, however, seen a casualty on the blogging front.  This week, Norm (Battlefields and Warriors blog) announced that he is suspending service on his fine blog.  With constraints on time and other priorities, Norm reckoned it time to cease operations.  For now.

Norm has been a stalwart of the blogging community for many years.  His easily recognizable long-form blogging style with in-depth reviews and battle reports will be missed.  If his writing content, alone, was not worthy of praise and support, Norm's engagement with the wargaming blogging community was second to none.  Always a positive and insightful comment from Norm's keyboard.  For me, his absence leaves a vacuum in the blogosphere.

OK, this is beginning to sound like a eulogy.  Enough of that!

Over the last year or two, those following Norm's blog saw him first pare down his board wargaming collection to a few, core, series titles.  Last fall, he jettisoned all of his miniatures' collections with the exception of a few 28mm collections.  These moves all seemed headed toward simplifying and reducing his wargaming footprint.  In a seemingly, natural evolution, suspending service on his blog does not come entirely as a surprise.

Is this a sign of the times and an indication that blogging as a media form is dying out?  Big Lee at Big Lee's Miniature Adventures recently published a video on just this topic.  Big Lee's conclusion? It depends!

In a bit of irony, just as Big Lee laments the decline of blogging, one of his fellow Group-mates starts a blog!  Richard's blog can be found at, My Wargaming Habit.  Go on, show Richard some support as he strikes out on a new venture.  Tell him, I sent you.

I recommend popping over to Norm's blog to read his last post and then following up with Big Lee's video.

After that, I would enjoy seeing your thoughts on the demise of Norm's blog in particular and the future of blogging in general.

Will we see a return to active blogging on Battlefields and Warriors?  I would not place a wager against it.  Norm still has much to say and contribute to the hobby.

Norm, best wishes!  Your presence will be missed.

Posted by Jonathan Freitag at 7:36 AM

Email ThisBlogThis!Share to TwitterShare to FacebookShare to Pinterest
Labels: Blogging