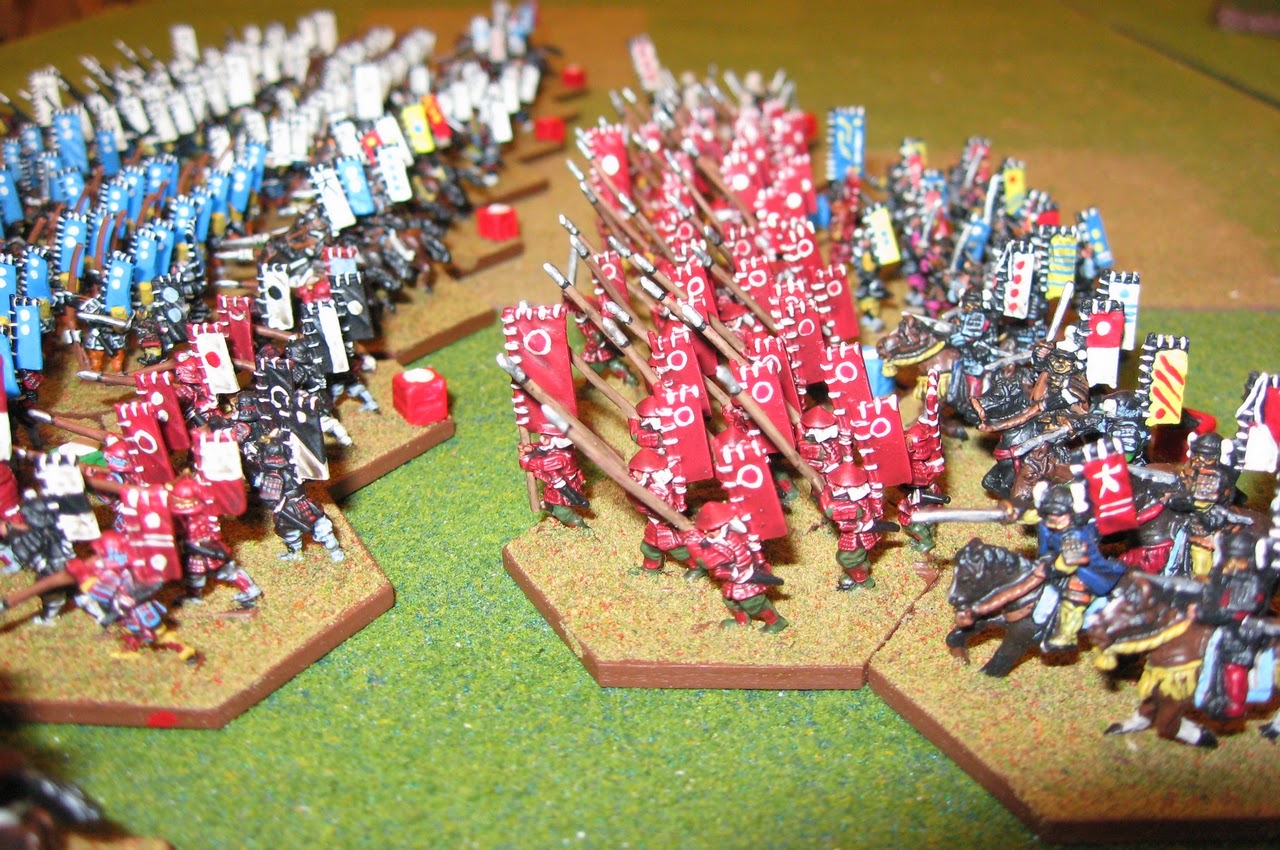 My 17th Century Japanese Samurai Battles project began at the close of 2012 after a series of exciting games hosted by Jake.  Jake's games were such good fun and his collection so colorful that I could not resist fielding my own forces.  As often happens, the desire to field a few units as an addition turned into a full-fledged project.  Looking at the size of some of my collections, history does, indeed, seem to repeat itself.

One blog follower mentioned that he would enjoy seeing the Samurai Battles collection as it currently musters.  Well, Black Powder, this one is for you!

The project has been growing in a somewhat regulated manner.  That is, I build the forces in (what I consider) brigade strength.  Each brigade contains two light or missile elements (teppo/bow), two medium shock elements (spear/sword), one heavy shock foot (Samurai), and one heavy shock horse (Samurai).  At this stage, three complete brigades can be fielded with a forth nearing completion.  Banners for Ashigaru are the same within each element and brigade but Samurai banners are rendered individually. 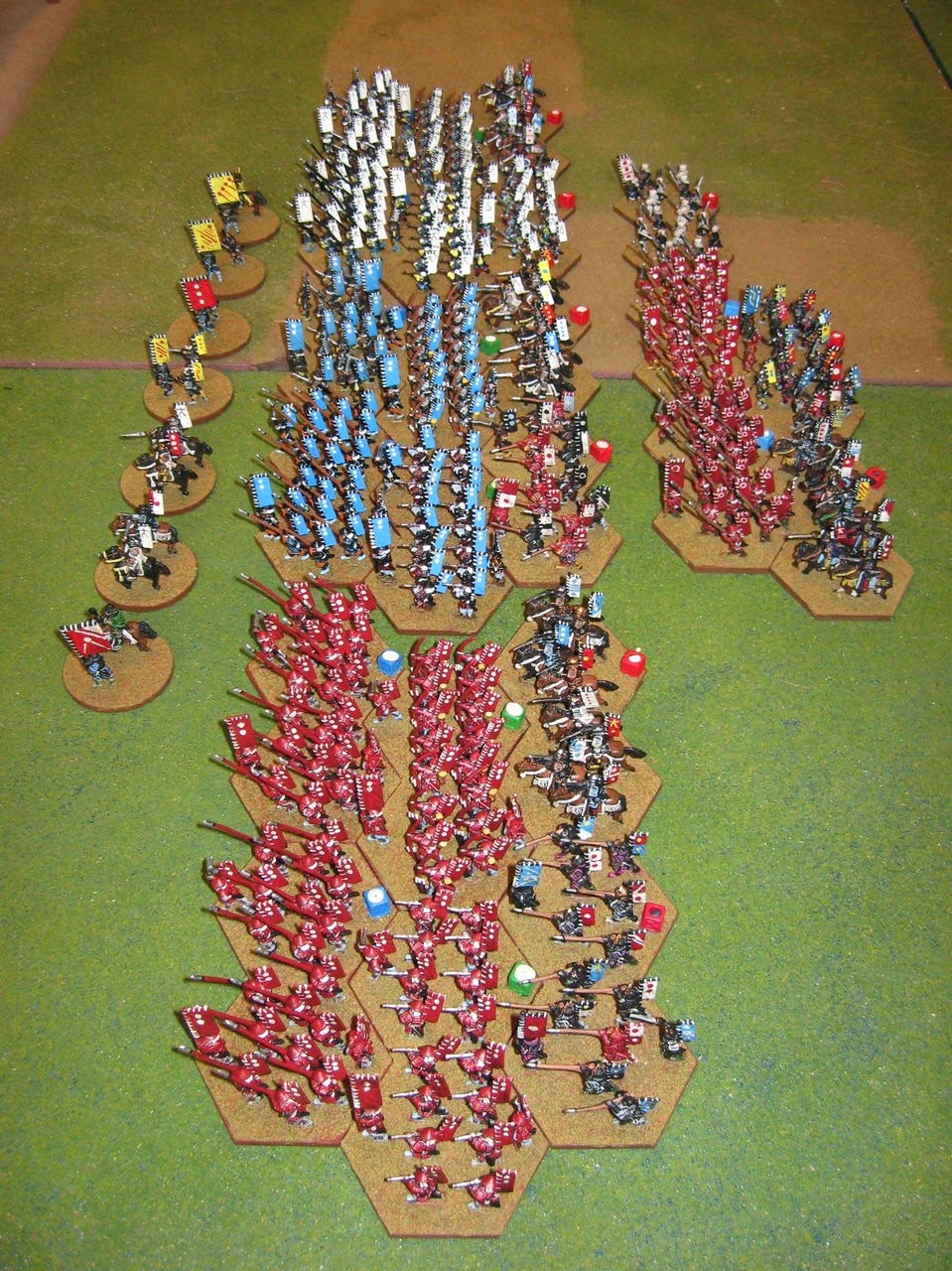 Now, for a montage of the collection... 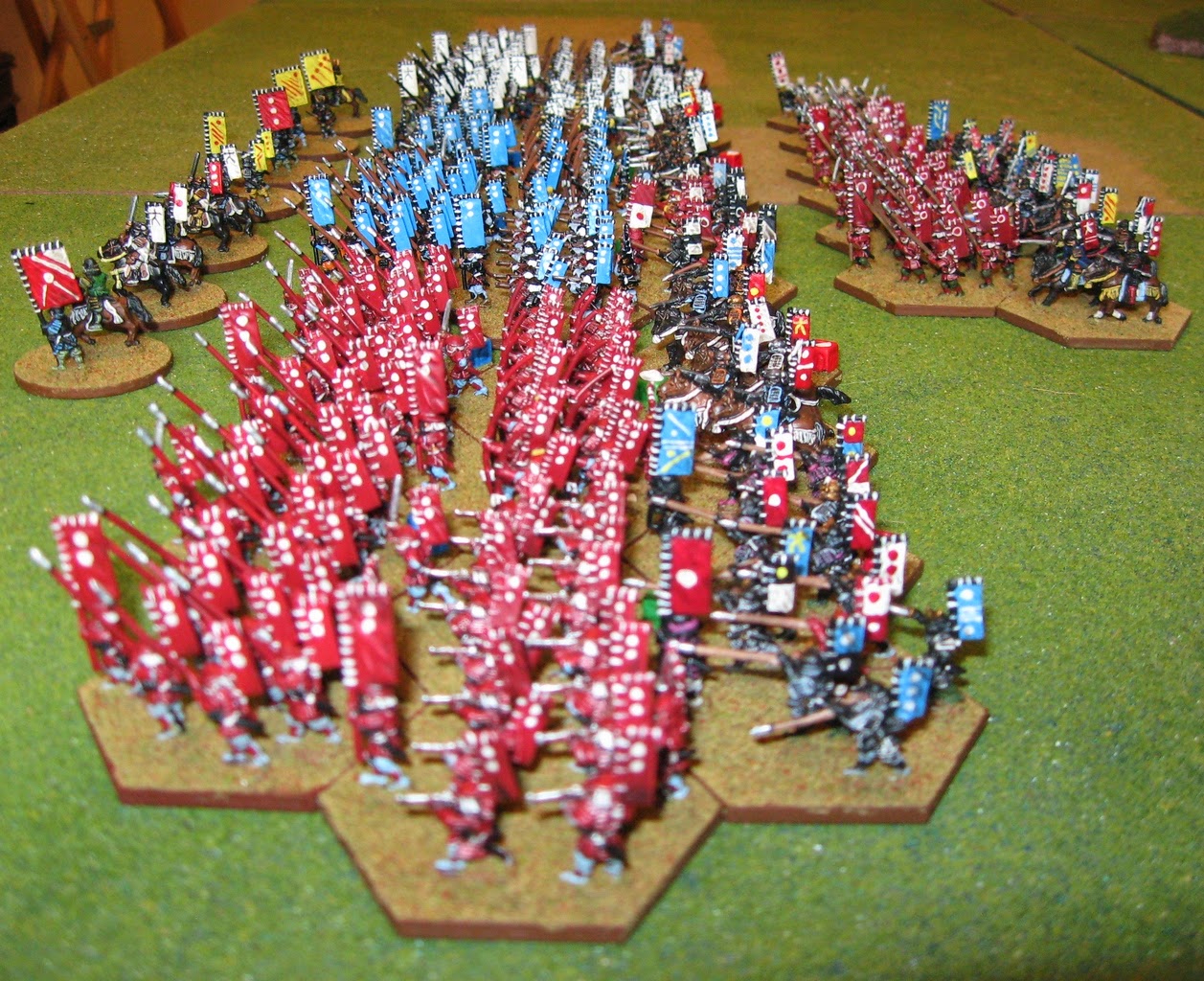 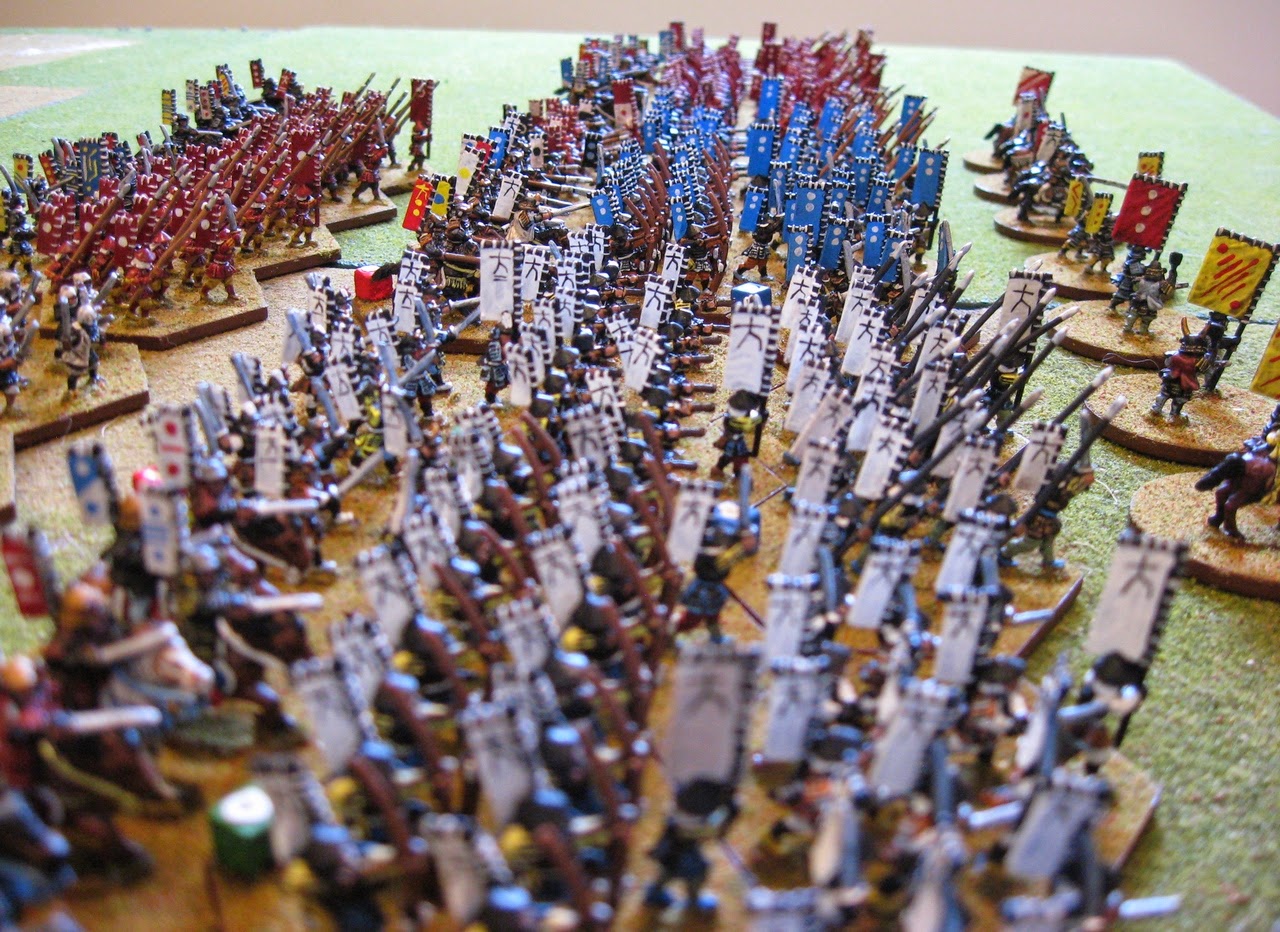 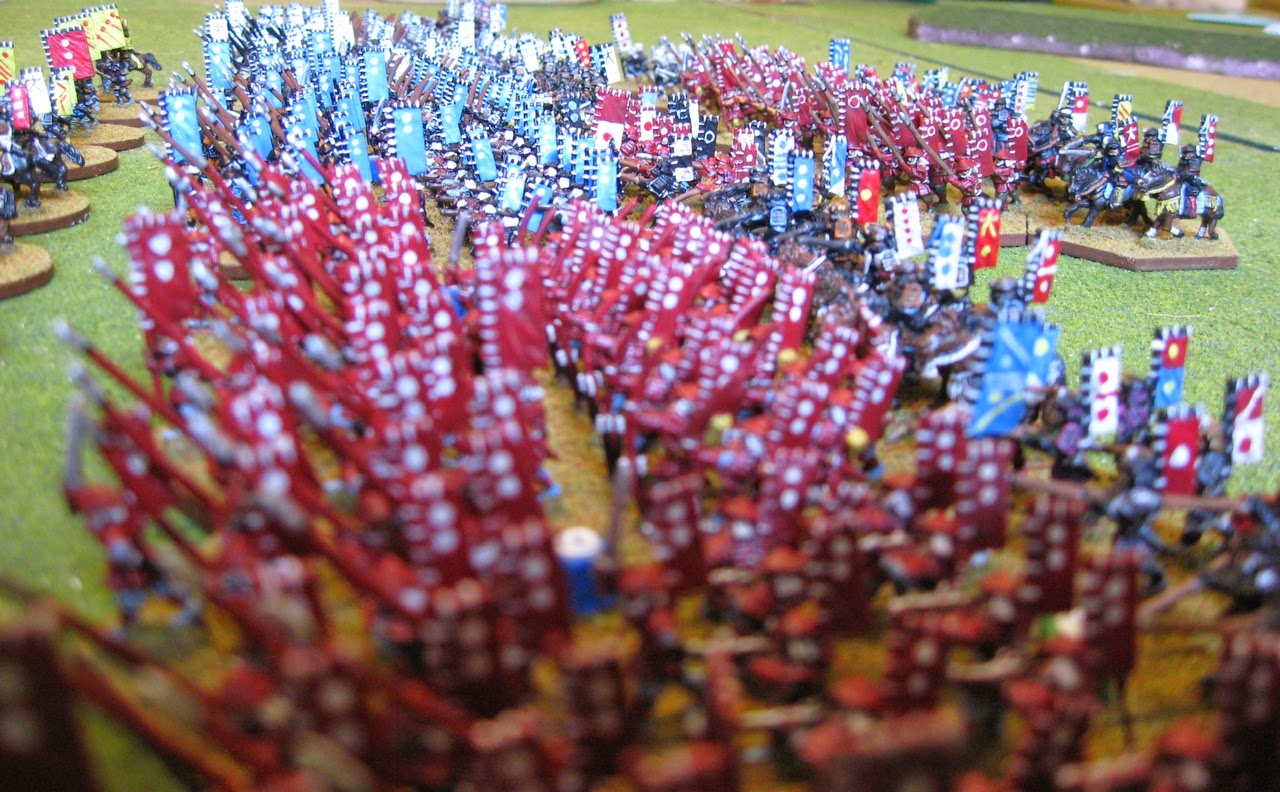 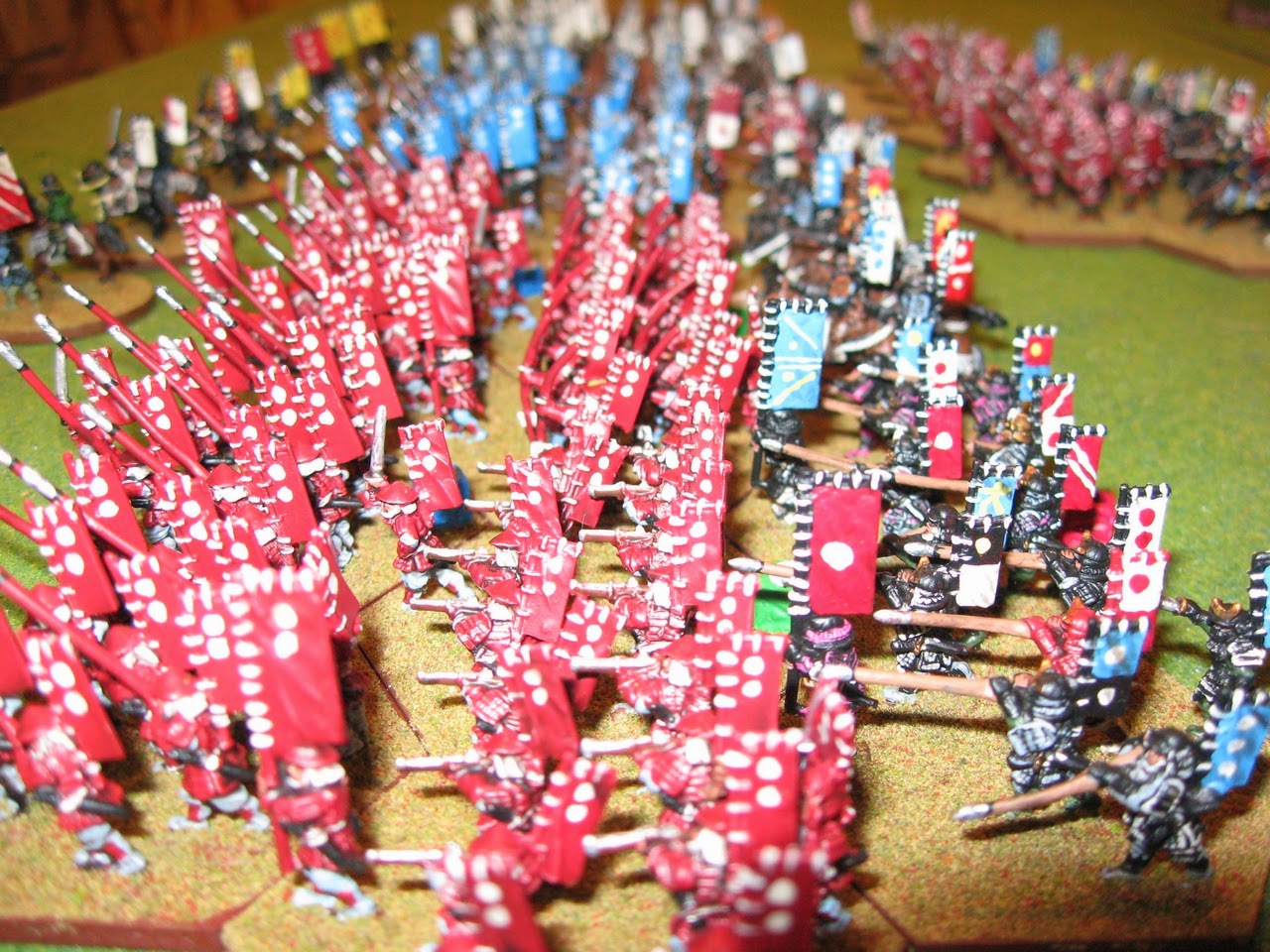 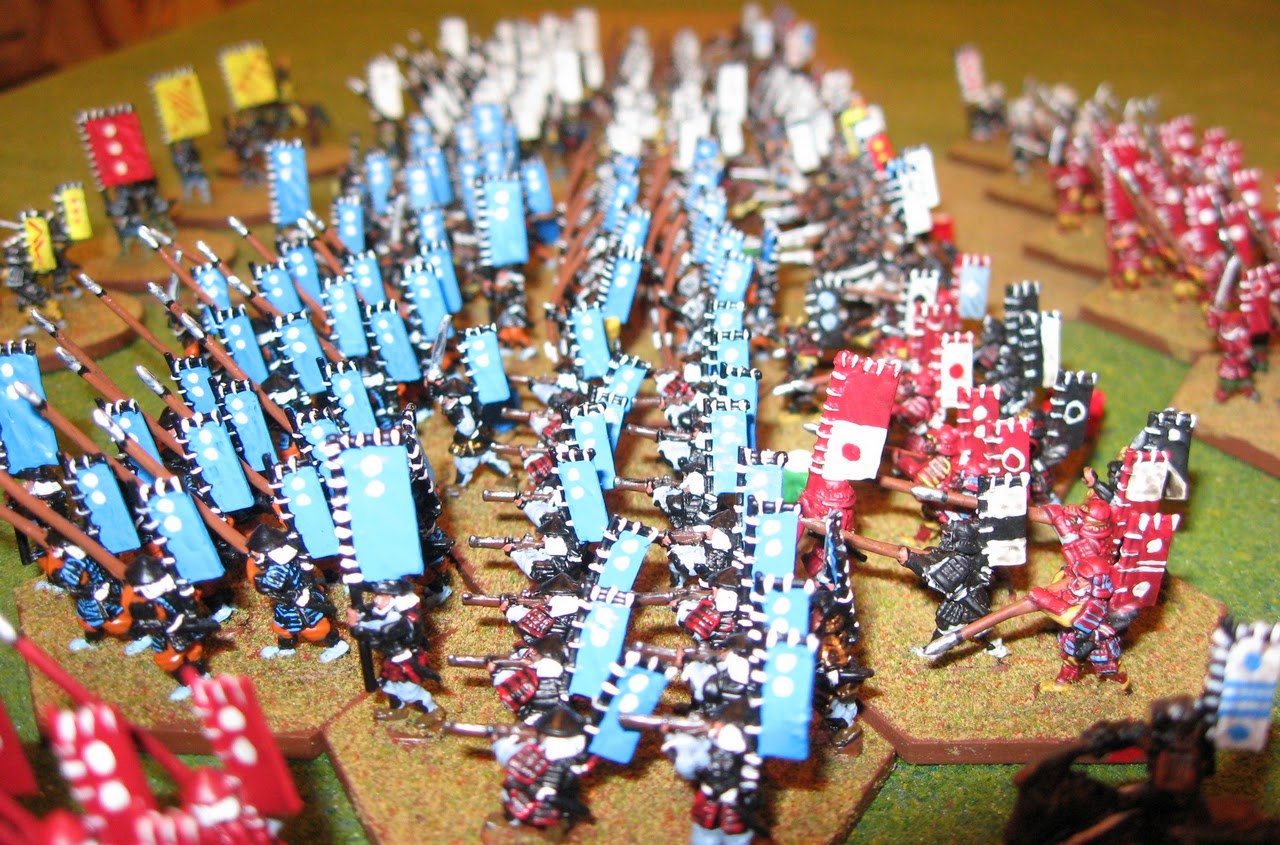 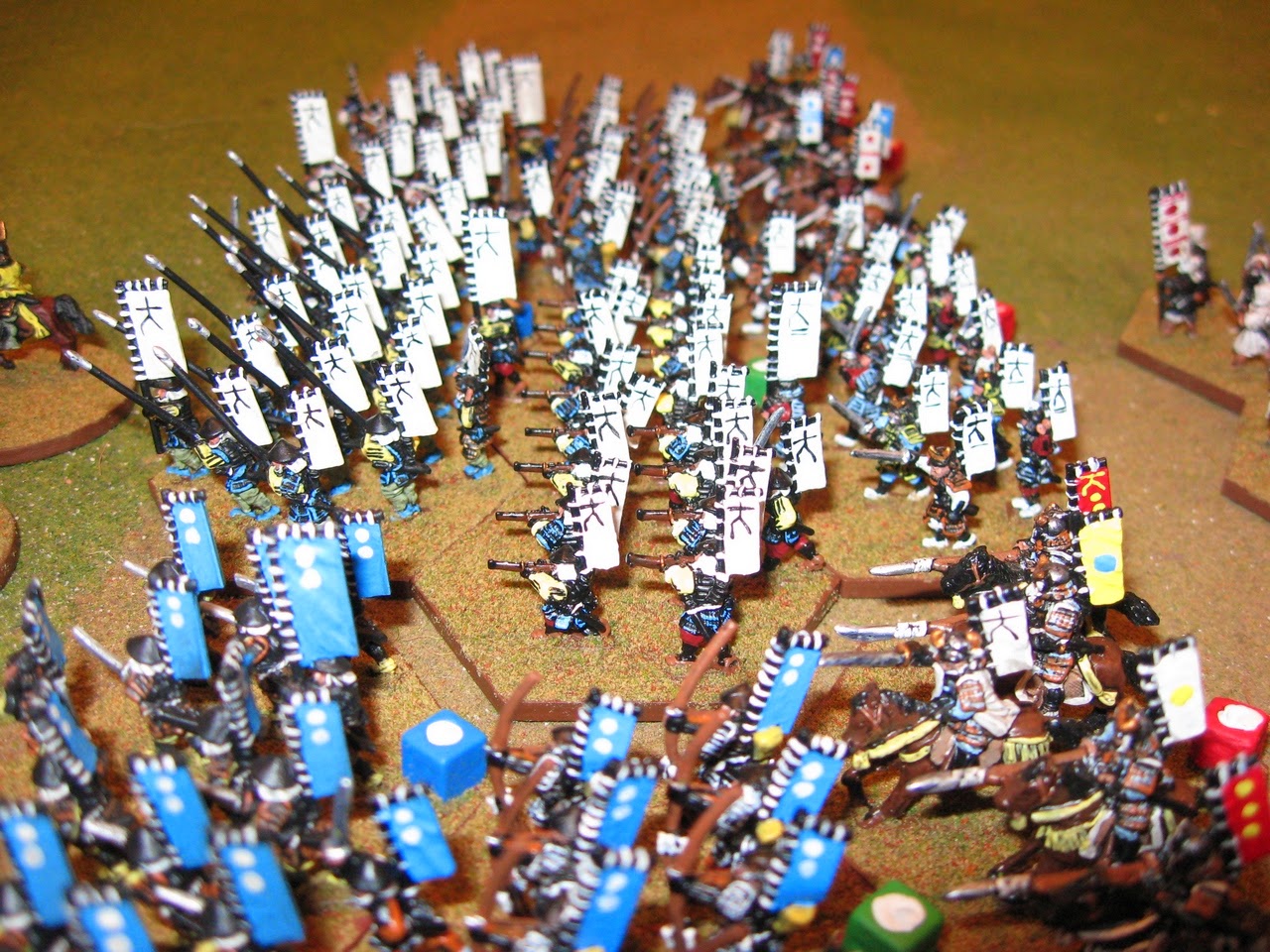 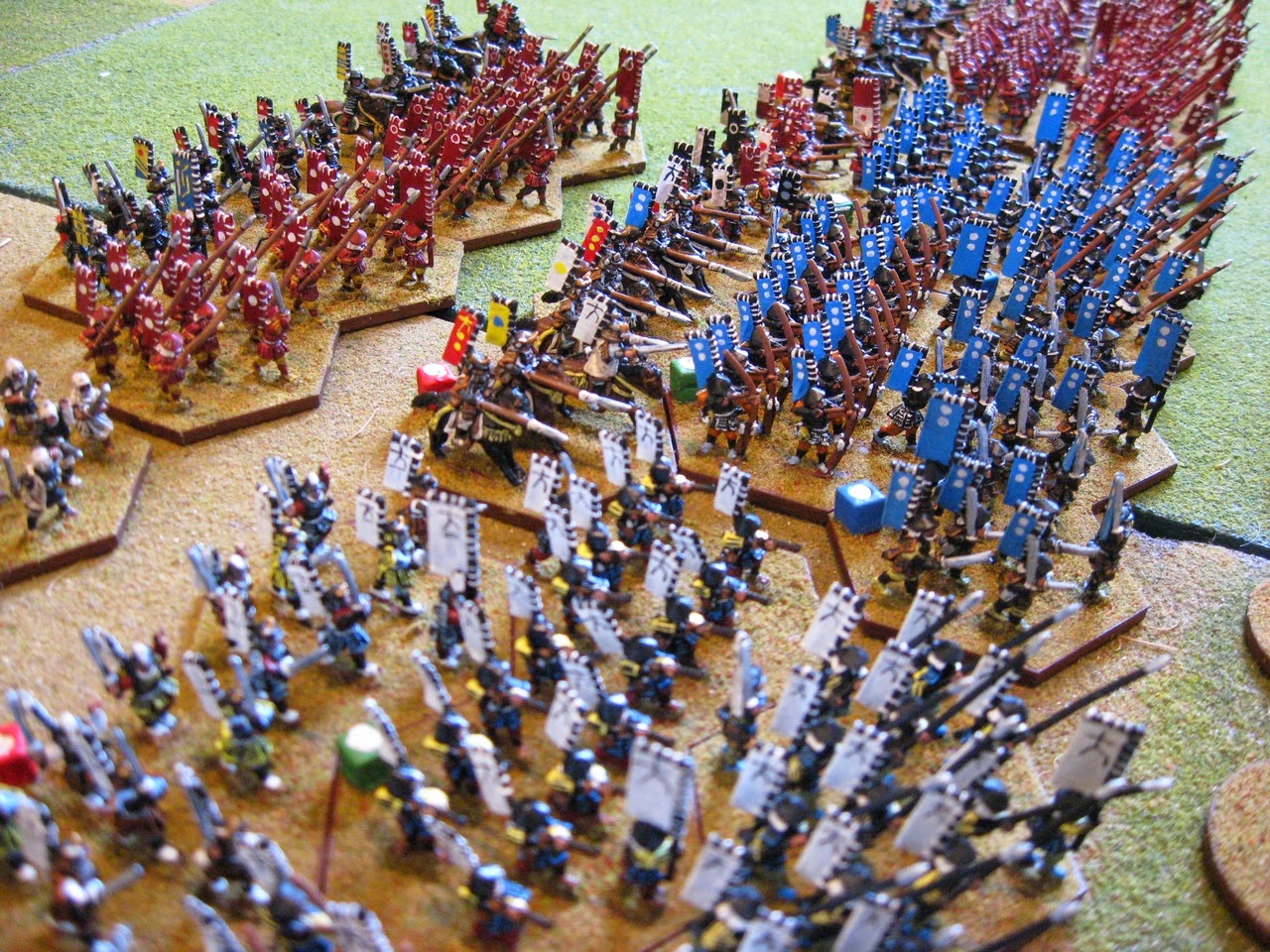 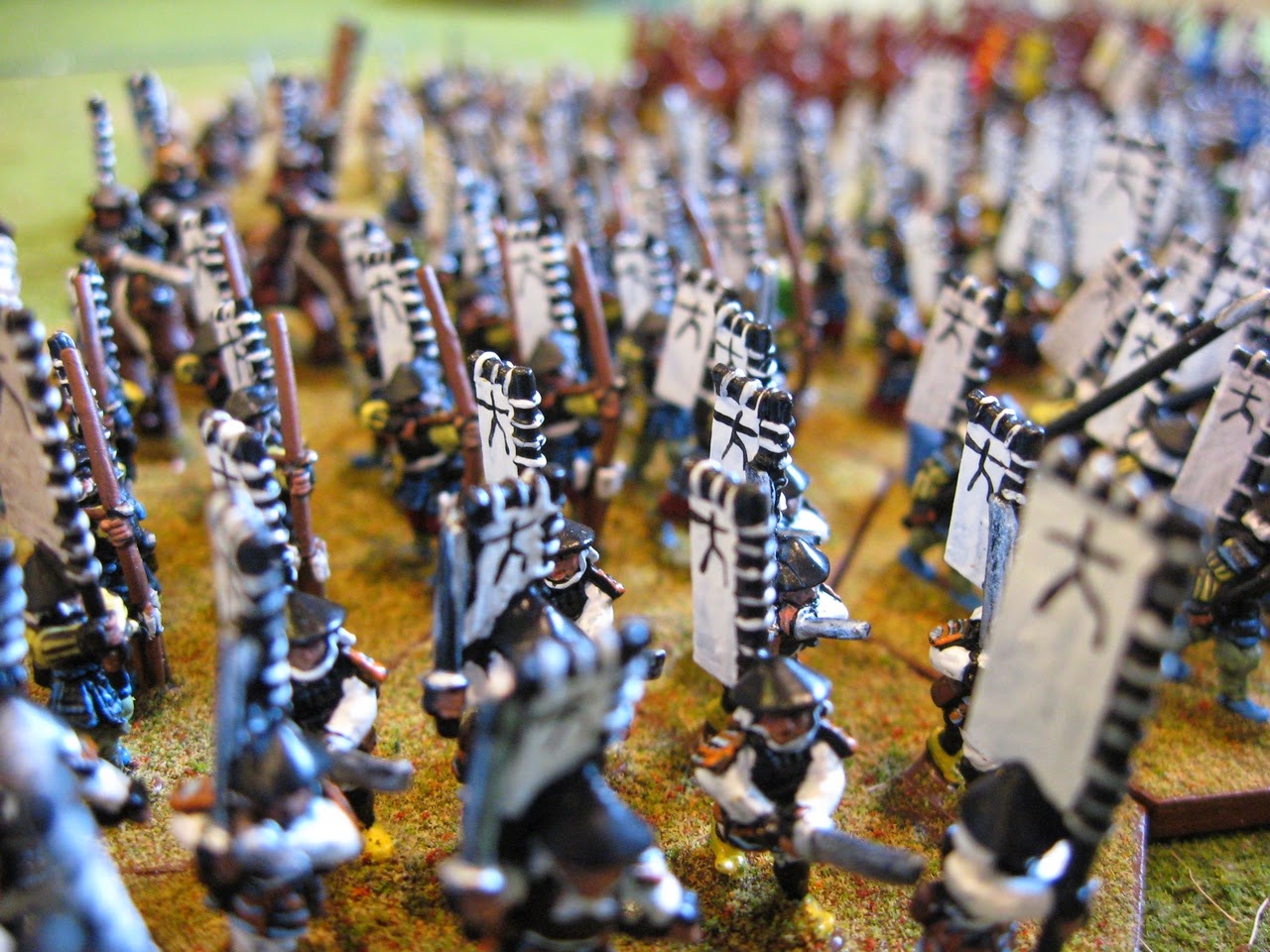 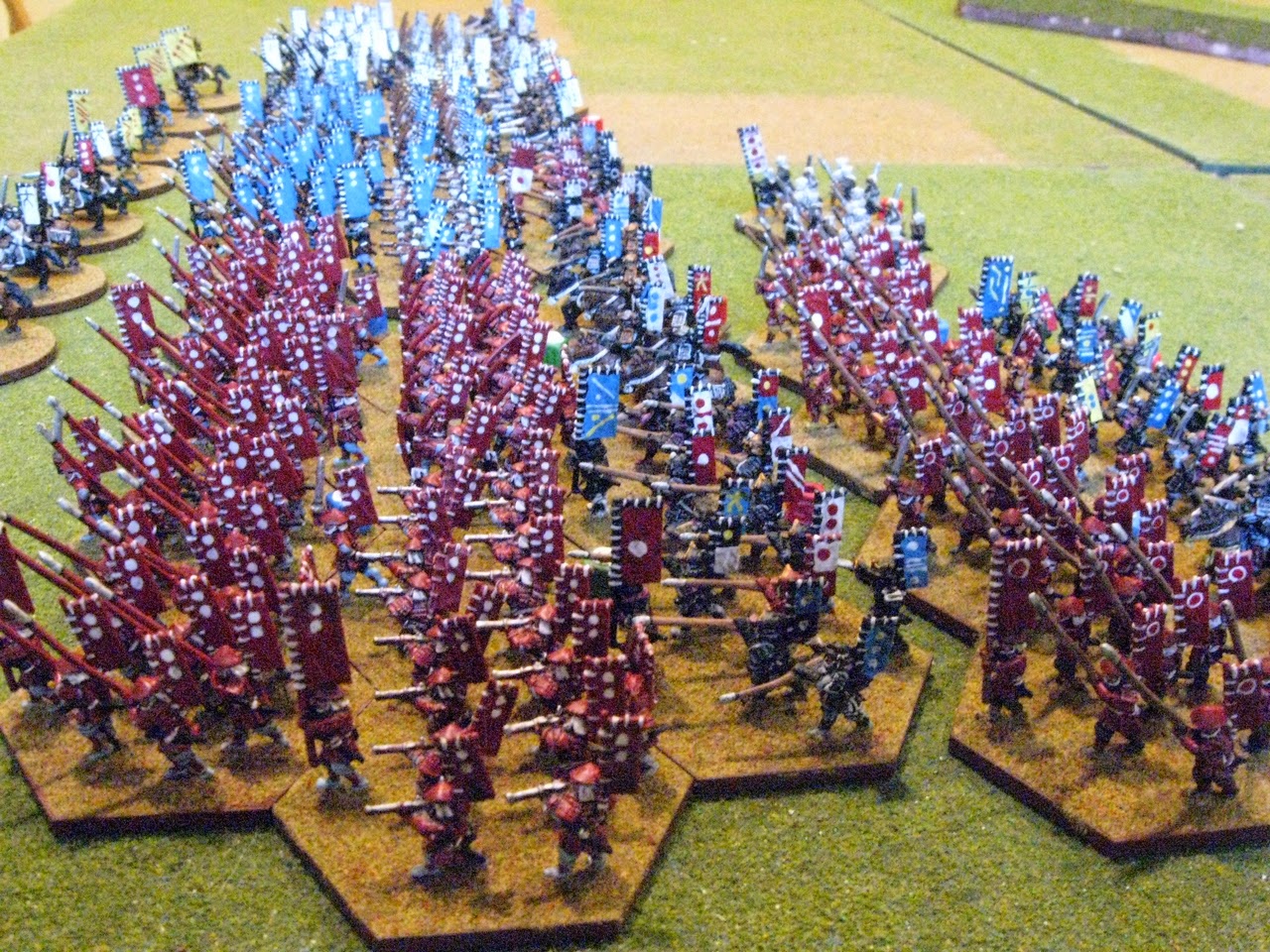 While a good-sized force, much still remains to complete.
Posted by Jonathan Freitag at 8:00 AM