French Infantry for the 1799 Project 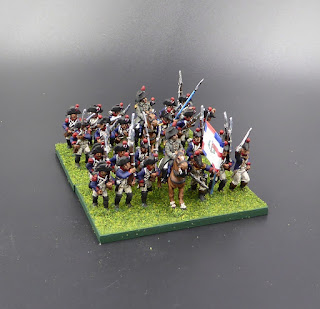 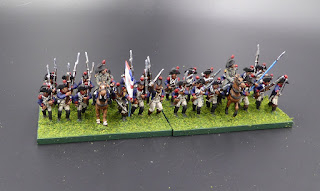 The infantry figures are recent releases by Campaign Game Miniatures in their early French range with AB mounted officers.  Great figures that are comparable in size to AB Miniatures.  Sculpting may not be as crisp as AB but definitely nice figures. 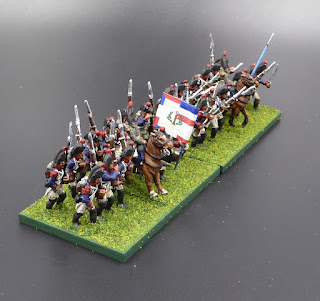 After seeing these figures announced on CGM's website, I immediately knew I wanted to order a few to get a small sample.  I ended up ordering enough figures for two battalions: one battalion in the advancing pose and one battalion in the march attack pose.  I will be adding more, for sure. 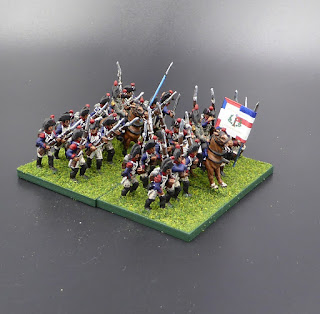 Having fielded six guns and two infantry battalions in quick succession for the 1799 project, attention will return to the 1859 project.
Posted by Jonathan Freitag at 12:00 AM