Painting progress continues on with the Americans for the Spanish-American War project.  Saturday's output sees the first of the U.S. Volunteer Infantry.  These fifteen figures comprise half a bag of Old Glory figures.  The other half bag is on the painting desk undergoing a similar treatment.  This unit, like its Regular infantry before it, are awaiting the issuance of colors. 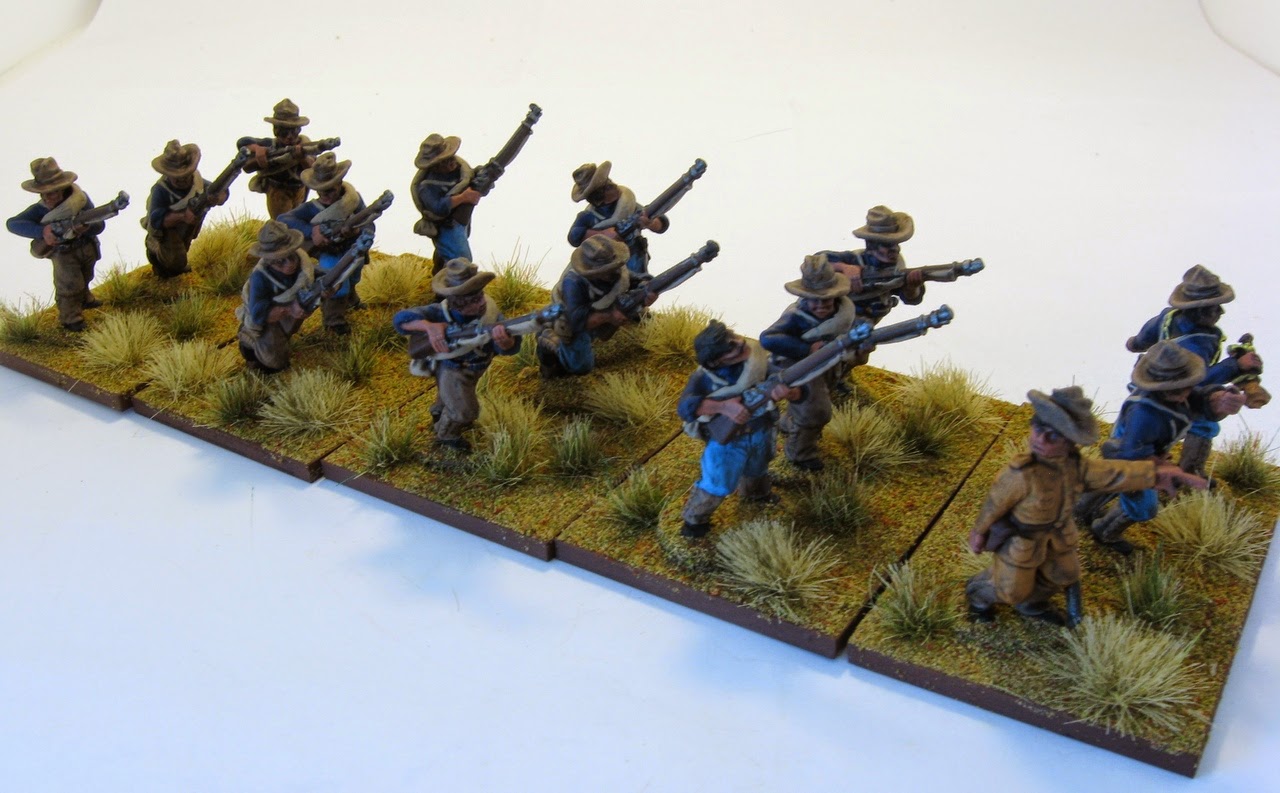 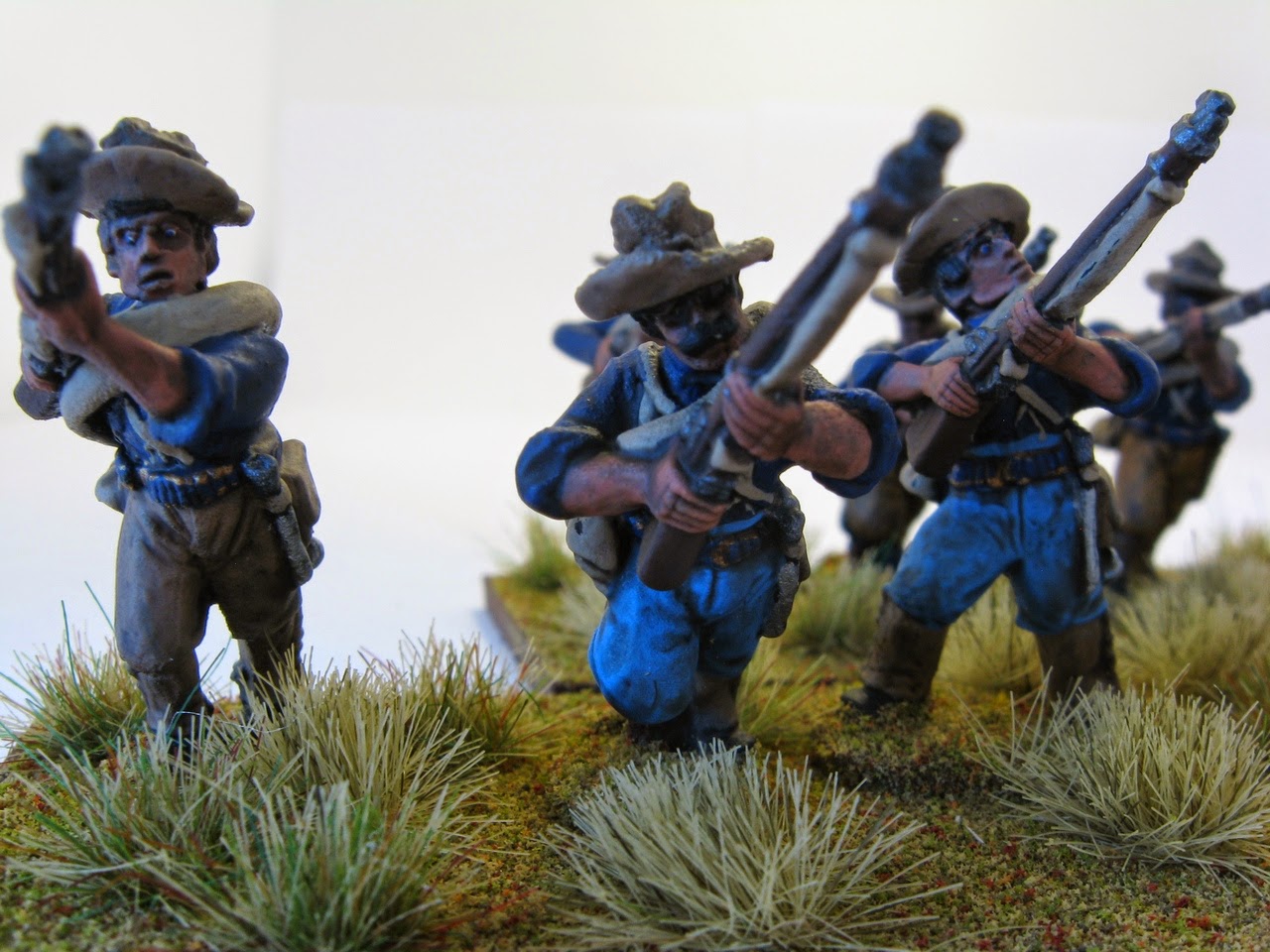 While still early on in the project, attention will need to be turned towards rules.  My current inclination is to dust off Fields of Honor and give them a few trials.  Fields of Honor contains basic armies for many of the 19th Century conflicts.  Unfortunately, the SAW was not one of them.  Still, I should have the data needed to construct the combatants.  I have many fond memories of playing FoH years ago and still remains one of my favorite colonial rules.  Today I rarely see the rules mentioned.  I will set forth the basic mechanisms of the rules in a later post. 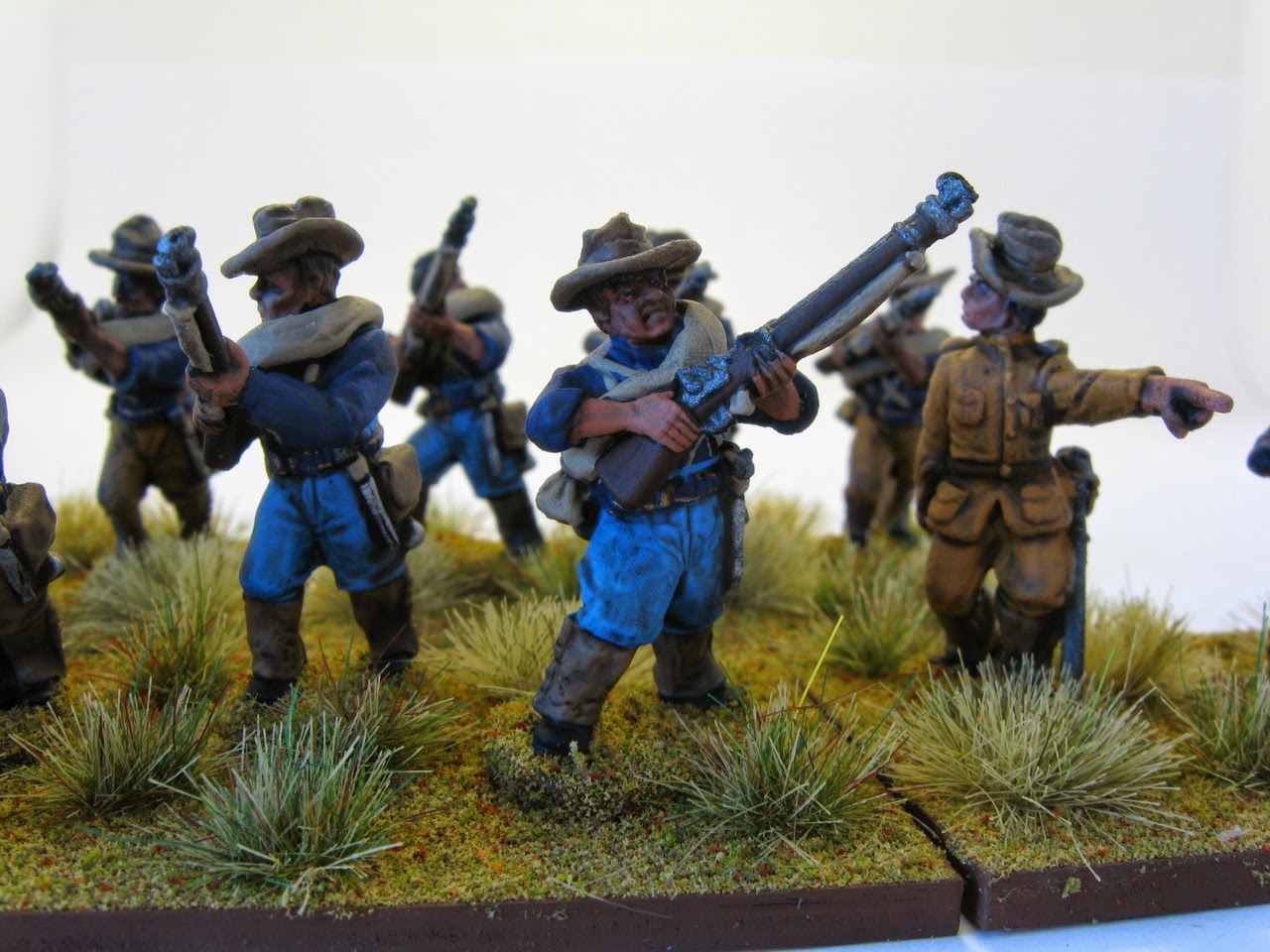 Posted by Jonathan Freitag at 7:33 PM