Two more Sardinian guns and crew have been completed. Also making it off the painting table are two battalions of Austrian jaegers (32 figures) and one Austrian dragoon. The single dragoon was needed to bring the fourth squadron up to full strength.

28mm World War II Project:
Scott's gift of BTD Germans sparked an interest and I placed a few orders to BTD for British. With BTD's frequent sales and quick turn-around, I find I am ordering quite regularly (and yes, BTD has delivered the goods every time) . I put the finishing touches on 20 British infantry with another dozen in the primed box. The BTD figures are excellently sculpted and are quick to pass from unpainted to game-ready. What a joy to paint! As with the Germans, I used a MinWax wash on the Brits. The MinWax dip produced pleasing results over the British brown dominated uniform. 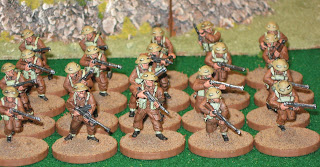 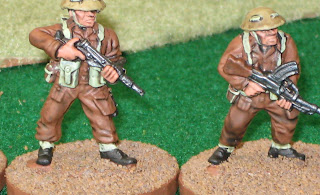 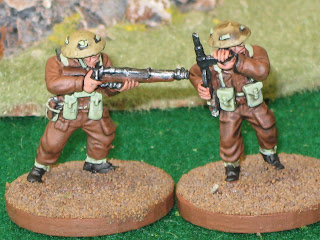 28mm Ancients (2nd Punic War):
Along with the BTD Germans, I also ordered two dozen Oscans and two dozen Spanish javelinmen. The Oscans are well proportioned and are very nice figures that match well with Aventine. Since I needed more spears, I placed an order with Aventine. Included in the order were a handful of Etruscan foot officers and three mounted Roman officers. The mounted figures are beautiful but the mounts are quite small when compared against the Renegade goliaths. 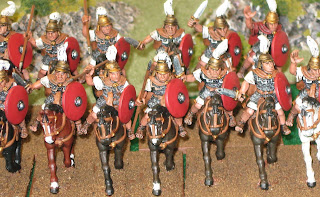 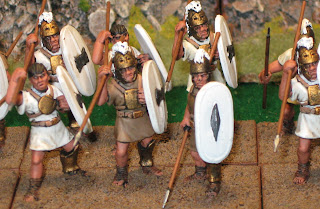 Posted by Jonathan Freitag at 6:04 AM