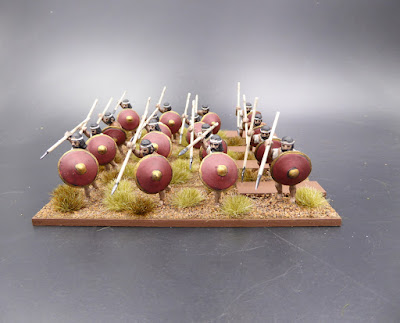 A funny thing happened on the path to fielding these light infantry skirmishers.

In preparation for playtesting Ian's Rein-Bow Warriors, his rules require more skirmishing troops than does either Impetvs or To the Strongest!.  Ian said, "I need more Hittite skirmishers."  I snapped into action and pulled javelinmen from The Lead Pile and set to work.  It was only after I was part way through with painting these sixteen figures that I realized the figures on the workbench were not Hittites at all.  The figures were actually Babylonians.  Sigh.  I pressed on and finished them.

Off the painting desk today are four stands of four Babylonian javelinmen.  These sixteen figures are Newline Designs.  Next time, I will double check the figures before slapping on the paint.  More Biblicals are in the painting queue but work returns to the Sumerian project. 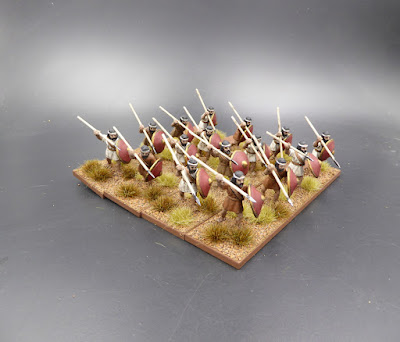 On the gaming front, a second remote battle of Brawner's Farm is on today's agenda.  This time, I face off against Peter (Grid-based wargaming but not always).  Peter will step into the role of Stonewall Jackson while I try to lead the Iron Brigade to victory.  With a time zone difference of 20 hours between us, I am playing on Thursday while Peter is playing on Friday.  Should be fun.