The Sights of Montreal

The city of Montreal has much to offer the traveler.  A few of the highlights from our recent trip to this island city in the middle of the St. Lawrence River includes:

Old Town Montreal:
Food:
So many great restaurants including Reuben's Deli and Steakhouse.  Included on menus everywhere is, perhaps, the Canadian national dish, poutine.  Places serving smoked meats were plentiful as well. Some, like Reuben's, combined poutine and smoked meat.
Museums:
Montreal offers a number of museums.  We visited several but my favorite, by far, was the Montreal Archaeology and History Museum on the waterfront in Old Montreal.  This museum was built over the site of the original fort.  The foundation from buildings past is incorporated into and accessible from the museum.
A handsome collection of sailing ships from years gone by garrisons the perimeter of the second floor. 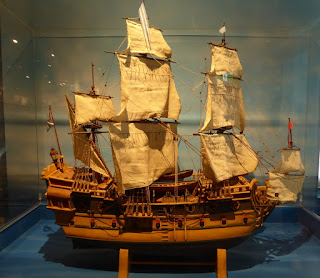 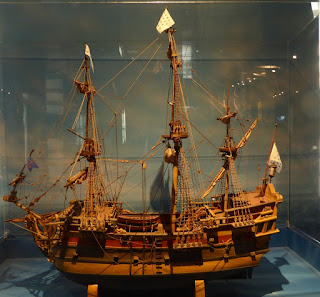 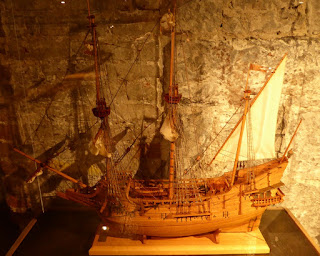 A special treat to see a small display of sixteenth century Japanese armor.  These examples will be useful next time Feudal Japanese figures hit the painting desk. 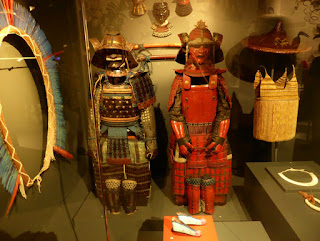 Montreal from the river: 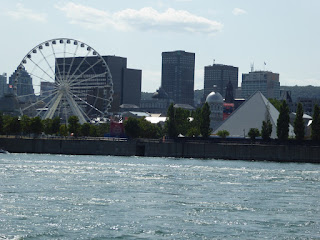 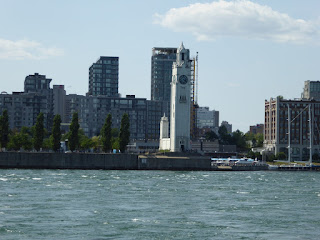 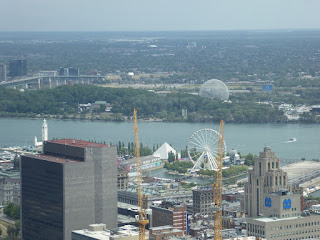 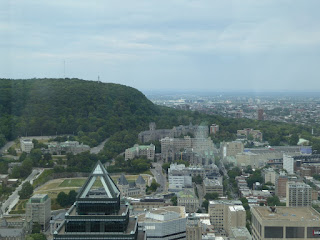 Ile Notre-Dame:
On Ile Notre-Dame stands the Casino appearing to be straight from the Jetson's.  Encircling the casino is the Circuit Gilles Villeneuve which is the course for the F1 Grand Prix du Canada.  When not in use as a racetrack, the circuit can be used for cycling, rollerblading, and autos.  I would enjoy returning to Montreal to see the F1 race and take the bike out onto the track.  With stringent F1 regulations on surface conditions, this track was well maintained and quite smooth.
Michael Buble Concert
The primary reason for a visit to Montreal?  Not history, not food, a Michael Buble concert.  For Nancy, this was the highlight of the trip.  With front row seats to the secondary stage, we had an up close view of Michael when he performed at this end of the Bell Centre Arena.  To see exactly how up close and personal, please watch this short clip I captured as designated videographer.  Be sure to watch until the end of this 50 second clip.

Yes, Nancy is the blond to whom Buble made a hand grab.  She was so excited!
Posted by Jonathan Freitag at 12:00 AM

Email ThisBlogThis!Share to TwitterShare to FacebookShare to Pinterest
Labels: Travel-Canada