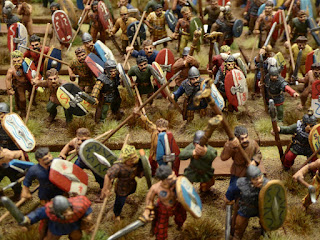 Having worked on churning out one Celtic unit per month, on average, in 2019 and with the stash of Celtic figures exhausted, time for a parade.

Figures are a mix of Crusader Miniatures, Black Tree Design, and 1st Corps.  There might even be some Renegade figures lurking about too.  A few chariots from Newline Designs are on the way but beyond that, The Lead Pile is now devoid of Celts. 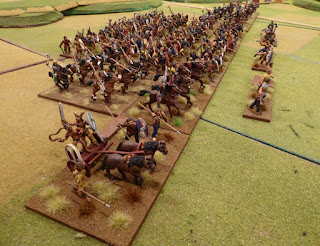 Totals for this sub-project thus far are:

Looking at the size of this force, I think the Battle of Telamon is now finally attainable. 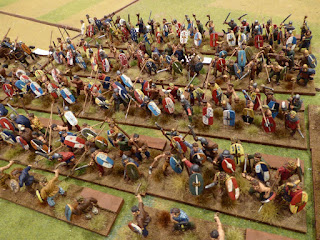 With the SYW battle of Kunersdorf in work on the gaming table, recreating Telamon must wait until Kunersdorf clears the deck.  That could be months away.  When I am ready, the Celts will be too.
Posted by Jonathan Freitag at 12:00 AM