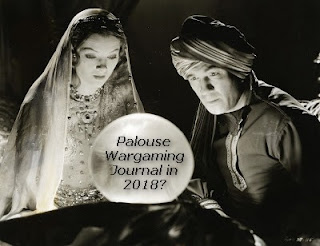 Time to consult the crystal ball to see what may lay ahead in 2018 for the Palouse Wargaming Journal.

Historical Battles to Fight
While a game (or two) is always out on the gaming table, sights are set on developing four "monumental" historical battles in miniature for 2018.  My thought is to feature one "monumental" battle per quarter spending time to fight each battle more than once before moving on.  Tentatively, the following are under consideration:

2018Q2 - Albuera 1811 in 18mm
My initial development of the Battle of Albuera scenario was created to commemorate the 200th Anniversary of the battle back in 2011.  Albuera provides an interesting and challenging situation for all participants and would make a good group game.  Resource management is particularly important at Albuera.  Albuera is a good sized game for three to five players and provides an opportunity to pull my 18mm "Empire period" Napoleonics from their long period of storage.  Included for reference are two photos from that 2011 game showing initial dispositions.

2018Q3 - Zorndorf 1758 in 18mm
With the 260th Anniversary of the battle in August 2018, Jake has set one of his 2018 goals as fielding the Russian army for Zorndorf.  That is a great goal.  At the rate units are already mustering off his painting desk, we will see the Russians before the August anniversary.  While I have yet to consult the Prussian OB for Zorndorf, my Prussian army ought to be sufficient without additions.  I may add some Prussian units into the painting queue just for good measure.

2018Q4 - Castiglione 1796 or Rivoli 1797 or Trebbia 1799 in 18mm
To continue momentum on my French Revolutionary War project, one of these three battles would make a good choice to end the year.  While Rivoli has seen action on my gaming table in 2004 (has it really been that long?), the other two have not.  Should I update Rivoli and send the Austrians down the Adige to attack Joubert or give one of the others a test on the field of battle?  With Trebbia, my Russians would get to see their first action.  That might be fun.  Below is a photo from that 2004 Rivoli game:

In addition to the monuments detailed above, what other games might see action on the gaming table in 2018?  With my varied interests and collections, many possibilities are on offer.  Will 2018 see the first Great Italian Wars or Assyrian Wars game in action?  Perhaps the Punic Wars or Reconquista will witness a clash or two?

While the 10mm ACW collection has seen recent maneuvers on the game table under the guidance of Two Flags-One Nation, my own Republic rules have not been out in ages.  Maybe a re-run of either Gettysburg 1863 or Stones River 1862/1863 would be a fun exercise?

ECW or WWII skirmish?  Both could squeeze into the schedule as could quick, pick up games of Canvas Eagles, Samurai Battles, or Commands & Colors Ancients.  The 28mm Peninsular War collection has not had a run-out in ages.  With a new terrain piece heading my way and destined for the Iberian Peninsula, I am even more motivated to get the collection out on the table.  As always, so many periods, so little time.

Figures to Paint
With all projects in sufficient quantities to field armies for games, there is little pressure to concentrate on any one project to reach that critical, gameable mass.  No new project(s) planned for 2018 either.  Without either of these incentives, the 2018 painting goal ought to be something more pragmatic.  As a step towards pragmatism, the 2018 goal is to make a dent in The Lead Pile by buying less than I paint.  A painted figure goal of 900 seems reasonable.

To reduce The Lead Pile, effort should lean towards the 15/18mm category since 2017 saw most painting activity in the 25/28mm size.  To aim towards that objective, the 1799, 1859, SYW, and Feudal Japan projects should see renewed activity.  With moderate effort, the inventory of the Peter Pig Samurai figures in inventory could be brought down to near zero.  If enough progress is made on the 1859 project to field French, perhaps, a start on a small Prussian army for either 1866 or 1870 could be contemplated?  Does starting a new Prussian army for either the 1866 or 1870 conflicts count as a new project or an expansion of the existing 1859 project?

While focus may be on the 15/18mm side of the ledger in 2018, expect to see a steady stream of 25/28mm units winding their way through the painting queue too.  Plenty in The Lead Pile to muster large numbers of Assyrian Wars, Reconquista, Peninsular War, Great Italian Wars, Punic Wars, or ECW units.  Writing out these lists reminds me that a recent influx of ECW lead arrived in-house.  Adding in a TYW lead gift received earlier in the year, perhaps the 30mm ECW project ought to see renewed interest at the painting desk?

Scenarios to Design and Development
Scenario research, design and development are rewarding aspects of the hobby.  To that end, scenarios are needed for Zorndorf (HoW) and Castiglione/Rivoli/Trebbia (Wars of Coalition).  The scenario for Albuera may also require some attention and last minute refinements.  Finally, having built a scenario for Norm's Two Flags - One Nation rules in 2017, two more scenarios are under consideration.

Rules to Design, Develop, Test
After playing Risorgimento 1859 and Wars of Coalition from QRS' exclusively for a couple of years now, 2018 may finally be the appropriate time to begin codifying the rules into a coherent body of text. The nucleus of game engine for these rules began as a heavily modified version of Whitehouse's Ironsides and Old Trousers.  Today, Howard's originals would barely be recognizable.

Finally, Impetvs on Grid has been drawing my attention again.  Plans to push forward with rules for Feudal Japan on a grid are back at the fore.

Boardgames to Explore
Recently, feelings of nostalgia towards my early wargaming roots have surfaced.  That is, board wargaming.  From playing SPI's Borodino in the early 1970s on a card table against my grandmother (!) there has always been a spot at the table for the "hex and counter" board wargames.  Yeah, that is right, "grandmother."  She played a pretty good game too and was a rules' stickler.

Part of my boardgaming Renaissance is due to the acquisition of a number of old, out of print titles as well as some new releases.  Some of the OOP titles were games I had in the past and recall fondly.  Others are games only recently discovered.  Another cause for this renewed interest is actually getting some of these games to the table and rediscovering their value and enjoyment.  Thoughts of using a boardgame as a campaign generator for table top battles is always in mind.

In 2018, I would enjoy increasing the time spent peering over the maps and counters of the list set forth below.  Note, most of the items on my Wish List are series games to hopefully reduce the inevitable learning (or relearning) curves.  While many may not make it out onto the gaming table in 2018, one from each group would be a success. My top picks to see action are listed below:

Borg's Commands & Colors (and derivatives)
Borg's series is one of my favorite "set 'em up quickly and finish in an hour" games.  The guys I often game with enjoy these series as well.  A game of C&C is rarely dismissed on game night and a quick pick-up game is never more than  a few minutes away. 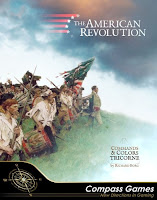 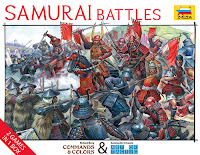 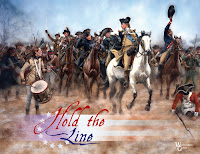 Resch's 1914 Series including 1914 Offensive a outrance via VASSAL

I became interested in WWI via the Serbian front following my reading of an excellent history of the conflict and Dan Carlin's commendable series Blueprint for Armegeddon.  Picking up Serbien muss sterbien to help in following and studying the campaign, the game system intrigued me.  My initial thought was that even though the counter density of SmS was low, the system was of a complexity that I hesitated to tackle.  Luckily, a fellow blogger was also interested in the 1914 system and suggested we tackle the introductory scenario in 1914 Offensive a outrance and put the system to test.  Through this first scenario via VASSAL, we both are learning system basics.  After completing the intro scenario, we may decide to carry on to one of the regular scenarios. 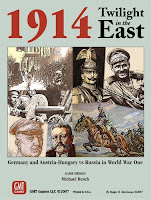 Dalgliesh's Combat Infantry
I received a copy of CI as a Christmas gift from Scott.  This is the first block game from Columbia Games to hit my shelves.  Unfamiliar with these, I would enjoy giving this system a try in 2018. 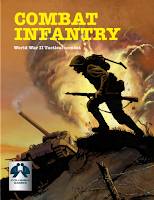 Essig's Operational Combat Series including Tunisia II
One of my favorite series from one of my favorite game designers of all time.  After a long hiatus from playing OCS, I brought Tunisia II out under the Plexiglas at the end of 2017.  Would enjoy relearning and honing my skills in these classic, WWII operational games.  Games via VASSAL or FtF are preferred but even solo study is a good alternative. 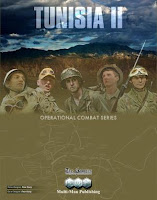 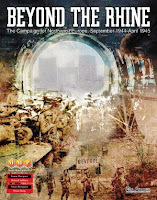 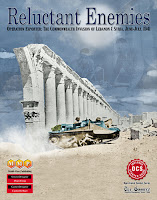 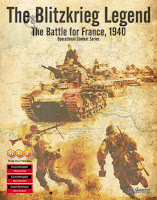 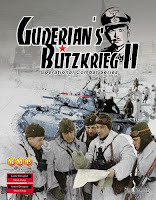 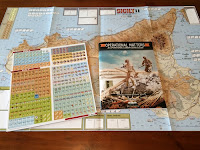 MMP's Advanced Squad Leader (ASL)
I recently bought a copy of ASL Start Kit #1 as a means to reintroduce myself to the old AH classic Squad Leader and its offspring ASL. 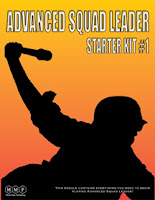 Critical Hits' Advanced Tobruk System (ATS)Another remake of one of my first wargames from the mid-1970s.  Would enjoy dabbling in this one as a comparison of design engines between ASL and ATS. 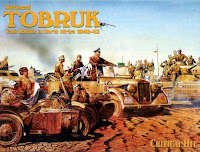 Bey's Jours de Gloire series including Fuentes de Onoro
This series of Vae Victis games has been in the collection for a number of years.  While I have pulled them off the shelf, set up a scenario or two and attempted to push a few counters, I have never gotten too far.  Perhaps 2018 is the year I make a more determined attempt?

Blogging
For blog updates, the last three years have seen post frequency hanging onto the 140-150 annual publication rate. Averaging two-three posts per week is a rate that seems comfortable to maintain and will be the 2018 goal too.  Expect wargaming topics to be broken up by my occasional ramblings on the cycling around the Palouse and travels around the world.

Besides writing blog posts, the photo gallery could use work.  The gallery for the 28mm Reconquista collection is horribly out of date.  To ensure photo consistency, I plan to rephotograph the whole collection.  While updating the Reconquista collection, I would like to add two new galleries to catalog the 28mm Peninsular War and Great Italian Wars collections.  All three of these tasks will take some effort to complete.

If half of these goals come to pass in 2018, I will be satisfied with the effort.  Regardless of outcome, the journey will be interesting and entertaining as always.  With so much on the plate for 2018, perhaps, this should be part of a three-year project plan?
Posted by Jonathan Freitag at 12:00 AM